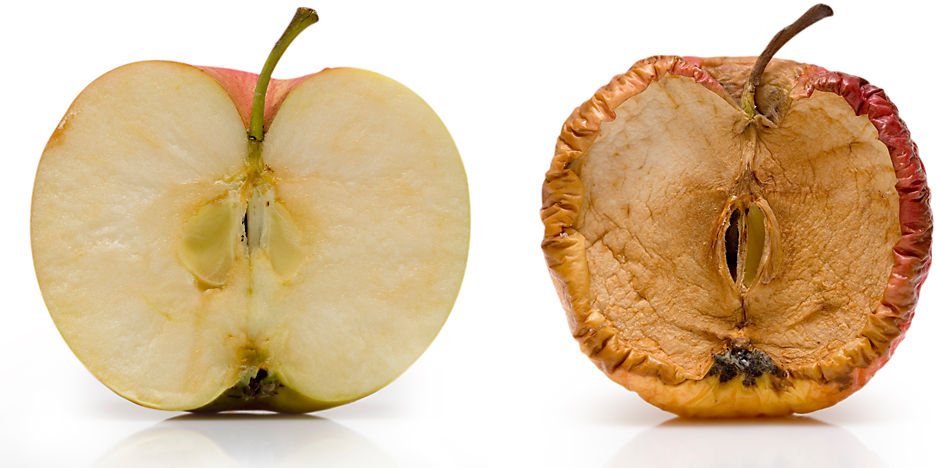 So recently, I realized that a lot of folks are not aware of what it is that makes ‘barnyard’ type ouds smell like… well, a barnyard. So I decided its time to talk a little bit about cheeses and wines. And of course apples.

If you don’t have a cup of hot cocoa at hand and the time to read the whole post, the short version is: its due to either rot or fermentation of the agarwood prior to distillation.

But if you’re an oud nerd and want to learn more about the intricacies of the process, read on…

Last month, I was visited by an Agar Aura customer from the U.S. (hi Rob!), so I took him to our distillation plant, as well as another distillery around the corner where things are done more ‘traditionally’ (why in quotes? I’ll get to that below).

Rob went to a renowned enology school in France, so he knows a thing or two about the art and science of wine-making. Although I don’t consume alcohol myself, it was fascinating to have a discussion on fermentation with him, because all types of fermentation fall under one of 2 types: bacteria or yeast triggered. And so, the underlying concepts are the same, be it wine or oud.

Rob told me how when a certain type of wine is being made, if the grape ferment gets contaminated with the other thing (I forget which one is desired and which one is dreaded: bacteria or yeast), that’s it. You have to toss the entire batch.
His words really struck me, because the way oud is ‘traditionally’ distilled by most distillers, they have absolutely no understanding of what’s actually going on at the chemical level. And frankly, all forms of fermentation (and other types of rot) are welcome.

To them, its all about getting the soaking drums/pools as filthy as possible. Then using the filthiest water possible – preferably ground water with lots of microbes. And as if it couldn’t get any worse, the agarwood dust is then left to soak in there for some times up to 3-4 months!

Needless to say, there’s an utter lack of understanding of some of the most basic parameters of fermentation (the 3 stages of fermentation, the timing and temperature factors for each, appropriate vessels, the effect of air/oxygen, etc).

Aside from the fact that the ‘traditional’ approach is utterly devoid of artistic ingenuity (“let’s just trigger all forms of rot in the soaking drums!” seems to be the philosophy), my biggest concerns are actually far more serious.

When barnyard-type oils are distilled, its quite normal to find the most horrific stench in the air at the distillation plant. Take the lid off one of those soaking drums, and you better have someone close by to catch you as the smell (and sight!) of what’s in there makes your knees buckle. A whole lot of butyric acid (that’s the thing that makes puke smell like puke) is only the beginning…
Bubbles are okay. A thin white film, hmm, fine we’ll let that one go.
A creamy film? Slime? Yikes!
A thick layer of cheese, speckled with blue and purple fuzz? Turn around and run!

A controlled yeast fermentation is the type of fermentation that a GOOD quality barnyard oud oil’s raw material would have undergone. Most ideal is to harness the very fungi that triggered the formation of the agarwood oleoresin in trees, in the first place.
But what ends up happening in an uncontrolled environment (i.e. in typical/’traditional’ distillations)? A whole lotta bacterial activity added to the equation, and worst of all: mold. That’s right, all kinds of lovely mold.
If (the right type of) fungal is the most optimal yeast fermentation for traditional oud, mold is the worst type of yeast whose presence distillers should dread and avoid (and sadly, they don’t).

Itchy eyes (in my case its this, because I have extra sensitive eyes), breathing problems, and eczema are among the many wonderful gifts of molds to humans.

And this brings me to my main issue with ‘traditional’ oud distillations: some of the mold actually ends up in the finished product, i.e. the oud oil. You see, mold only dies at around 60°C/140°F. So when the initial drops of oud oil start dripping into the collector, the temperature inside the pot (where the filthy wood is) can be as low as 35°C/95°F in some cases. Which means those initial drops (which, in the case of Agar Aura oils, are the most beautiful and pristine) in typical ‘traditional’ distillations contain some of that lovely mold.

Now here’s where it gets even more disgusting. In some places (especially India, where its the norm), the oil is separated from the water by hand after they’ve been collected from the condenser (I prefer Duran labware and disinfected glass syringes – zero skin contact).
Folks, it gets HOT at these distilleries. And these are hot humid countries to begin with. Now imagine fires under those pots, and the pots acting as radiators warming up the air even more. I actually have a fan JUST for me (don’t judge me, I moved to Malaysia from Canada!), which is pointing at me the whole time I’m at the distillery.
Getting back to the ‘traditional’ method of separating the oil… you can imagine how much sweat (and skin cells) get transferred into the oil, as the poor sweaty workers painstakingly separate the oil out of the water, scraping their fingers and palms against the sharp edges of the metallic wedge.

So there you have it, that is how ‘traditional’ (in quotes) ouds are distilled.
My personal conviction is that back in the day, when the first-ever barnyard genre of oils in the history of oud distillation were distilled in India, things were done differently. If you’ve ever smelled Indian ouds distilled 50+ years ago, you’ll notice that they do have the barnyard thing going on, but those traditional ouds don’t smell like ‘traditional’ ouds (Ha! Now you probably see why I’ve been putting ‘traditional’ in quotes).

My theory is that the old masters simply soaked the agarwood in water (to soften the wood, to maximize the yield), the fungi in the wood was most likely not killed off prior to soaking, and therefore some fungi-triggered fermentation took place.
A far cry from how things are typically done now, where every imaginable form of rot is inflicted upon the raw materials.

So where do I stand, with regard to all this?
Personally, I love milk, but I love cheese, kefir, and yogurt too. I enjoy a crunchy Pink Lady apple, and apple cider as well. I love me some Weetabix (lotsa luv to me Brit bruvs for this!), but enjoy fluffy American-style breakfast biscuits too.
What I will give a pass: spoilt milk, rotten fruit, and bread with fuzzy blue spots on it.
Likewise, I do enjoy artisanally-crafted barnyard type ouds, and obviously I love non-barnyard ouds as well.
What I will give a pass: filthy barnyard oud oils.

99.99% of Agar Aura oils are of the non-barnyard category. Disinfection of the raw materials prior to processing the wood, disinfection during the processing, and further disinfection during distillation itself. I’m pretty OCD about the purity and pristineness of the oils I produce.
But that other 0.01%… is where I do occasionally offer barnyard genre ouds as well. The way I like to do it is to capture the good type of barnyard and leather notes that oils from the good ol’ days had to offer. I do like to modify the procedure though (hey, its 2015… why not put science to good use, right?)… I prefer disinfecting the raw material prior to soaking, and then introducing the fungi from the agarwood tree itself, allowing the feedstock to ferment for about a month in a controlled environment (the optimal soaking time varies from species to species), disinfecting after the soak, and finally disinfecting during the distillation.

So how’s the aroma different from typical/’traditional’ (i.e. barnyard type) oud oils?
See for yourself…. one Indian oud and one Cambodian oud of this genre, coming soon!