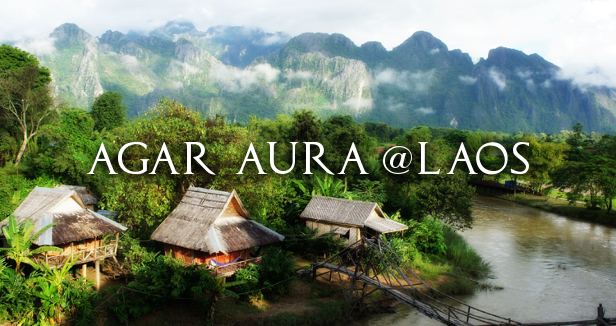 One only has to look at the countries surrounding Laos, and its easy then to know what  Lao oud should smell like.
Burma to the west, China to the North, Vietnam to the east, and Cambodia and Thailand to the south – Laos lies at the very heart of the regions that give us Aquilaria Crassna (called Mai Ketsana here).

The most famous Crassnas in the world are of course Vietnamese and Cambodian. Their deep rich sweetness has given them a reputation in the Far-Eastern and Middle-Eastern oud cultures that is hard to match.
The logical question that arises is: considering the proximity of Laos to these two countries, why does agarwood from here not enjoy similar fame and status? And why is it so hard to get good Laotian oud oil?

I have often been asked what oils I dreamed of producing someday, and I would reply “Vietnamese, Chinese, and Laotian”.

The production of Betonamu Jinkoh in 2015 allowed me to scratch Vietnam off my list.
Producing a Chinese oud has turned out to be even more difficult than Vietnamese, which one might find surprising considering how prized agarwood from Vietnam is, above and beyond that of all other countries.  But the reason for the difficulty has to do with the nature of the Chinese agarwood black market controlling the supply, more so than a lack of supply itself.
And as it turns out, in Laos its the same story. But here, there are two powerful puppeteers controlling the market: Indian and Chinese.

Before I set off on my oudventures, what I always like to do is to first put together an ‘organic’ network of contacts in the destination country.
Once upon a time, Alibaba.com was the place that most vendors turned to, for finding Agarwood contacts. Now Facebook has taken over (and hence the abundance of ‘Facebook-grade’ oud nowadays, as I like to call it).
But as for me, since the very inception of Agar Aura, I have stuck with real-life networking. That is, finding reliable contacts in different countries through my existing network, instead of resorting to Facebook/AliBaba/other B2B websites. Why is that?
Simple. The overwhelming majority of distillers make ‘Facebook-grade’ oud (and lower). Yes, there are a few distillers (some of them, as I discovered years later, are even some of my own full-time and contractual distillers!) who have an online presence and they make decent, pure oud oils.
But when it comes to crafting oils worthy of the Agar Aura label, I don’t have any interest in sifting through long lists of contacts to find one or two possibly good ones. Instead, I like to work with folks who are known to be reliable, have been in the industry for a long time, and whom I find through my own tight circle of colleagues who have already known them for a while.
This method of networking is slower, but its the reason why Agar Aura oud oils are of the calibre they are.

So…
A bunch of reliable Chinese and Indian wood suppliers, six distilleries, four different apparatus types to work with. Not bad.
I was finally ready to pay Laos a visit.

What I discovered when I got here was something I could never have imagined.

Stay tuned for part 2, to find out more…
(if you hate suspense, then I’ll tell you right now that its good news).
; )