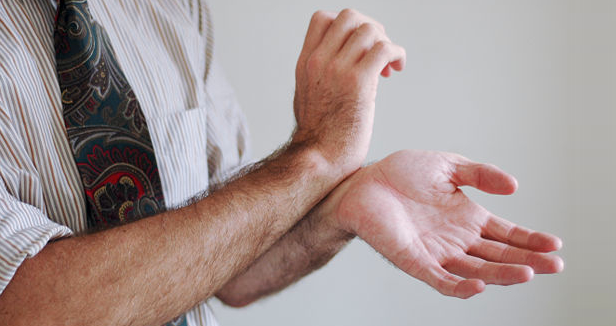 As many of you may already know, I’m a rather overzealous preacher of dabbing oud instead of rubbing. Its always just ‘made sense’ to me… why would I want to rub it in, rendering it little more than a scented moisturizer?

What I have noticed is that folks who are new to oud are almost always guilty of rubbing. Its understandable. Oud is pretty intense. Rubbing quickly tones down the intense opening, making the oud much more smellable, much faster. Of course, for someone like you or me, that’s a big no-no. We don’t want to zoom past a single stage of the scent development. We want to stretch everything out, especially the sumptuous top notes. ; )

I have also noticed that those who have dabbled with oud oils from some of the big Arabian oud houses tend to rub as well  – but in this case, they can usually get away with it… explanation to come further down below.

Agar Aura oils – now these are the last oud oils you’ll ever want to rub. And as it turns out, there’s a very good reason why that is the case.

Recently, I had some oud oils tested using a very unique type of lab equipment. Some of these were Agar Aura oils, and some weren’t. The results were startling, to say the least.
It turns out that a lot of oud oils have a huge (and I mean HUGE) ‘grease’ component, namely: waxes and lipids. And the less resinated the raw material (the wood) that the oil was extracted from, the higher the percentage of these compounds usually is.
Now these are perfectly normal, intrinsic components of agarwood. So don’t be alarmed if you get some of your favorite oud oils tested and they turn out containing, say, oleic acid or palmitic acid (both fatty acids), their presence does not automatically imply adulteration (although, it can). In fact, one of the oils I tested was comprised of almost 75% ‘grease’. And guess what… it was a pure oud!
On the opposite end of the spectrum were three Agar Aura oils (one Bruneian, one Cambodian, and one Indonesian): virtually 0% grease.
Now these three were anomalies. Some of the other Agar Aura oils did have a small fraction of fatty acids, albeit very, very tiny. Again, keep in mind: these are natural components of agarwood, and in most cases some of them do make it into the final product, the oud oil.

This begs two important questions:
(1) Why do different oud oils have different percentages of this grease component?
(2) And secondly, what does this have to do with dabbing vs rubbing?

What I discovered was that typically the less resinated the raw material had been, the higher the concentration of grease in the oud oil, especially oleic acid. Pre-distillation fermentation (i.e. prolonged soaking of the wood) threw some esters into the mix as well.
Conversely, the higher the quality of raw material, the more oleoresin-rich the oil (duh) and far less of the greasy stuff.

Having been in the oud distillation scene for quite some time and having witnessed plenty of run o’ the mill distillations, what I can tell you is that not only are most distillation conducted using low quality wood (hence more grease from the white unresinated wood), but on top of that distillers crank up the heat to pull out as much substance as possible, to increase the yield, thereby lowering the oil’s cost-per-gram. This of course just increases the % of the greasy stuff.
Agar Aura oils are of course high grade distillations, and right off the bat that of course means less grease. On top of that, I don’t like to rot/ferment the wood prior to distillation. So esters are out of the picture too. Finally, I use a plug-and-play system for distilling. Its not “a” set of apparatus I use for crafting an oil, rather its multiple sets that are used for different stages of the very same distillation.
Multi-layered like onion, I have found that the different fractions of oud oil behave (and smell) differently, and that different apparatus and techniques are optimal to peel off (extract) each ‘layer’. A simple flick of the lighter, waiting for the wood to boil, and collecting the oil… na-ah, that ain’t artisanal distillation in my book.
Each (different) set for each (different) stage ensures that the oil is distilled most optimally. And you guessed it: the grease component is also avoided by using the most optimal apparatus for each stage of distillation.

What about oud oils from the big Arabian oud houses?
You have to understand that the Arabian market demand is so huge that the supply side simply cannot meet that demand. There simply isn’t enough agarwood.
So firstly, this of course means that wood of all grades ends up being distilled – most of it being low-grade bunk wood of course. Right off the bat, this ensures a high % of grease in the oil.
Secondly, most oils are adulterated after distillation,dioctyl phthalate (DOP) and dipropylene glycol (DPG) being the most common adulterants used. Guess what… these are industrial lubricants! Yep, more grease. Lovely.

You are now probably able to guess what this all means…

The higher the concentration of grease in an oud oil, the longer it will “sit” on your skin. The grease will get absorbed first at the application spot, saturating your skin, and that will ensure better scent longevity of the aromatic component of the oud oil, because that will end up sitting on top of your skin.
The addition of petroleum-based lubricants (like glycols and phthalates) to the oud oil further enhances scent longevity because these compounds form a seal, which the oud cannot easily cross and readily absorb into your skin.

The end result? You can rub, rub, rub away, and the oud will still last a relatively long time on your skin, compared to unadulterated oud oils.
Food for thought: certain phthalates can sit on your skin unabsorbed, for up to seven days.

Considering the incredibly low % (sometimes even 0%) of grease in Agar Aura oud oils, you most definitely do not want to rub. The oil will end up getting easily absorbed into your skin.
The moral of the story is: you always want to dab your oud oils on, especially Agar Aura oils. I have found that the best spot for application is the outer lower forearm (the hairy side). Apply the oil there, lightly dab on your neck/jaw, and keep checking your forearm. You want the color to disappear but the sheen should remain. This shiny spot is what you will want to keep sniffing for the next 5, 10, 20 hours, to enjoy the scent evolution, as the oud blooms on your skin.

Here’s something I thought you’d find interesting –
After the experiments were completed, I was very curious to test the isolated ‘grease’ on its own. So I tested a few. Their smell was somehow extremely nauseating, like overused cooking oil. Also, they were unbelievably greasy. Soap was not enough, even a strong acid wash did not get rid of the slimy feeling between my fingers. A harsh acetone hand-wash turned out to be the only solution (ouch).

Cliff notes:
– If you want a moisturizer just get Lubriderm.
– Save oud for its aromatic and therapeutic value instead.
– Leave phthalates and other plasticizers for industrial use, NOT your skin.
– DAB, don’t rub!

I hope you found this post informative, and hope it will deepen your appreciation of Agar Aura oud oils. : )
You can rest happy and assured you are getting a good bang for your buck, and are paying for actual aromatic oud instead of a bottle of grease.