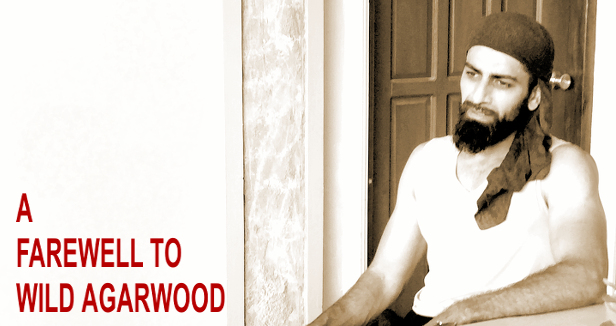 A colleague of mine mentioned that many years ago his Chinese colleague, an agarwood sifu of the highest order, predicted 2016 to be the year of global extinction of wild agarwood.
In early 2016, I saw the very last ‘grandmother’-generation wild agarwood harvest in Malaysia.

So, wild agarwood… all gone?
Strictly speaking, no. Some of you may have probably heard of my last harvest of Klampei (endemic Brunei species) agarwood in Sarawak, Borneo, earlier this year. It was from mother generation trees.
And if you have been following this blog, or have been chatting with me privately, you’d know that I have come across plenty of trees myself in jungles in the past 1.5 years.

But those trees that still stand will be gone before you know it. For example, during our Taman Negara Lundu hunt in 2016, we spotted 3 decent trees which we found but left behind because they weren’t quite ready. Sure, they’d have sinking-grade wood inside, but to me that’s not enough to justify cutting them down. They deserve to live another ~ 50 years or so, until they were sick/dying on their own.

Fast forward a few months, and we discovered two of those three trees were already chopped down, no thanks to poachers (the third one too, possibly probably).

Mid-May, my Bugis hunters all threw in the towel, frustrated by not being able to find anything decent in the 4 months they spent inside the jungle. Yes folks, that’s a third of a year. Before that, it was my Cambodian hunters who all quit, and for the same reason.

So, wild agarwood… all gone? Nope.
But depleted to the point where the industry cannot survive on what’s left anymore. And what’s left are young trees that deserve to live at least another half a century. Alas, I know they won’t be given that chance because to make the hunting expeditions worthwhile, most hunting teams will chop down at least 10-15 premature trees per trip just to get enough agarwood chips to cover their expenses.

Its sort of like tigers.
Imagine all ~ 3,200 or so that remain in existence today are set free in a jungle. Then a bunch of hunters are sent in after them, to hunt them down (for their fangs, hide, Chinese Medicine ingredients, etc).
Those tigers went extinct the moment the hunters stepped foot in the jungle.

The moral of the story is that for anyone who doesn’t care about the ethical aspect, wild agarwood isn’t extinct.
As for me, then approximately 1.5 years of non-stop hunting in three different places without a single grandmother tree found, has me convinced that wild agarwood is officially extinct. And the needle in the haystack, a lone grandmother tree standing somewhere in Papua, doesn’t negate the extinct-ness.

This is what I believe.
And incidentally, this is what I have found experts and connoisseurs of agarwood to also believe. To them, if grandmother trees like the good old days (the sort that yielded tens of kilos of Super King grade wood) are gone, agarwood is gone.
Hilang, bos.

I may have been the odd one out and ‘foolish’ enough to stop my hunters from cutting down anything that wasn’t at least a mother-generation tree (thereby incurring over 120K in hunting expenses… permits, rations, salaries, transportation etc). But I KNOW other hunters will not abide by the same code. And so, even the remaining young trees will most likely be gone soon, at the hands of poachers.

After close to two years of futile hunting expeditions, I too have now thrown in the towel.

Farewell, wild agarwood.
You were a gift that few deserved, and even fewer were those who gave you the appreciation that you deserved.

So, wild agarwood… all gone? Yep.