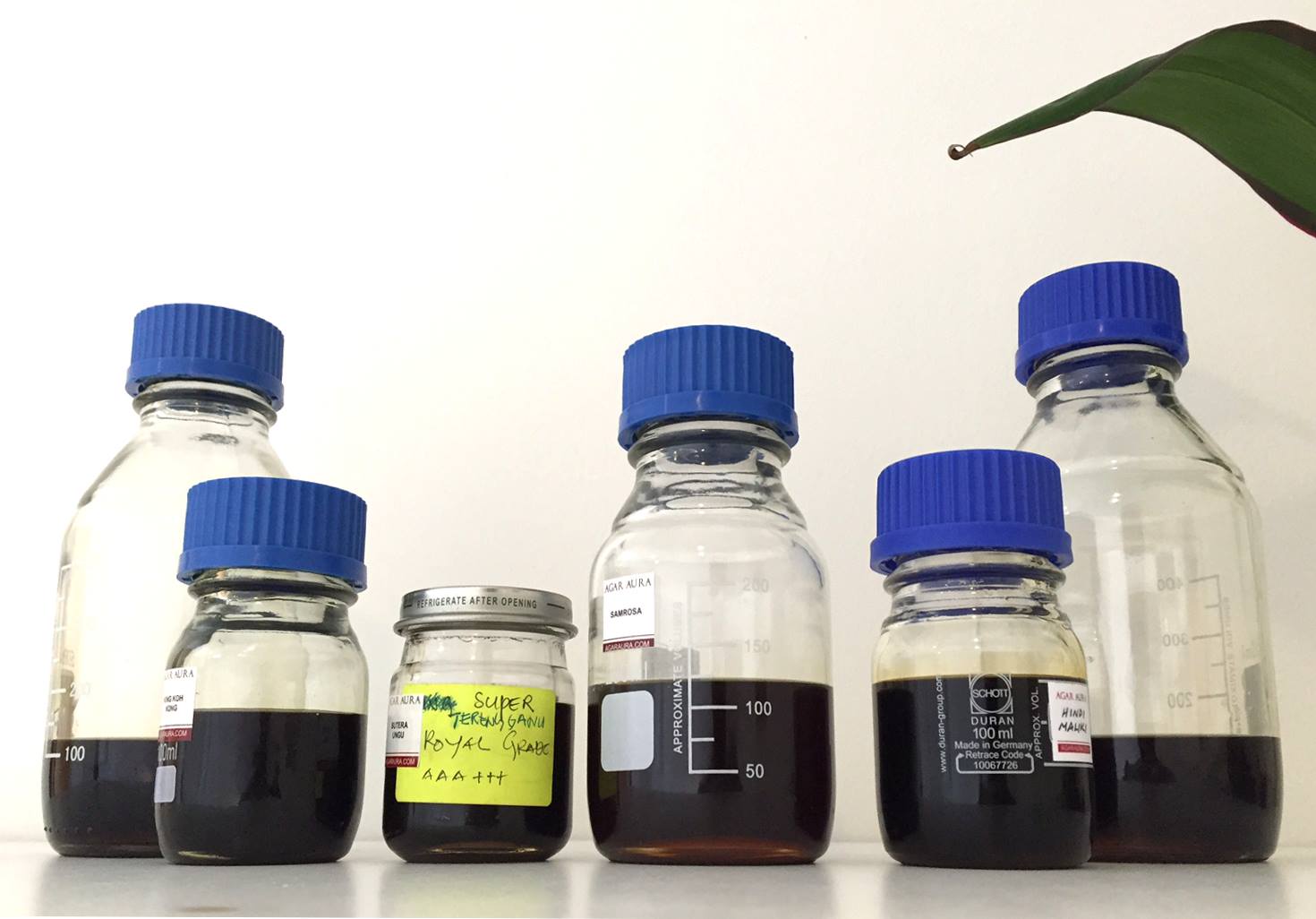 Its no secret: oud oil prices have been going up like crazy over the past 5 years. When you look at the price of agarwood in the market, even at the wholesale level, each grade of wood today is approximately 3-10 times the price it was back in 2003 (and the highest grades over 40 times more than they were in 1995)!
So it makes sense that as the price of wild agarwood continues to rise, the price of oils should go up as well, right?
Not quite…

WAKE UP TO THE SMELL OF… 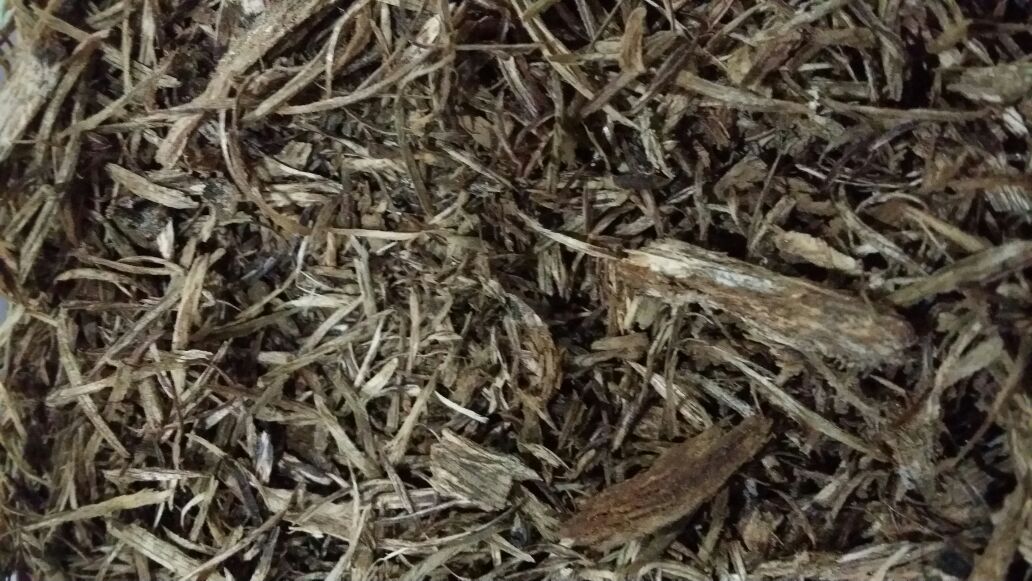 One of the common fallacies I observe in this industry is for folks to assume that just because old trees with high-quality agarwood oleoresin are getting rarer (and hence the finished wood producs more expensive), then so too should be the case with oud oils.

The reality is actually far from it.
What you see in the photo above is the most widely used type of agarwood for producing oud oils. Call it shavings, dust, churan, habuk, pheuk or whatever you please, for wild agarwood it commands about $0.50 to $20 per kilogram (depending on the country of origin). And its the type of wood that’s produced 99% of oud oils in the market, even those with luxurious adjectives interjected into the products’ names.

Another form this wood takes is called ‘oil-grade’ or ‘kayu minyak’ or ‘asvan’ grade wood chunks: 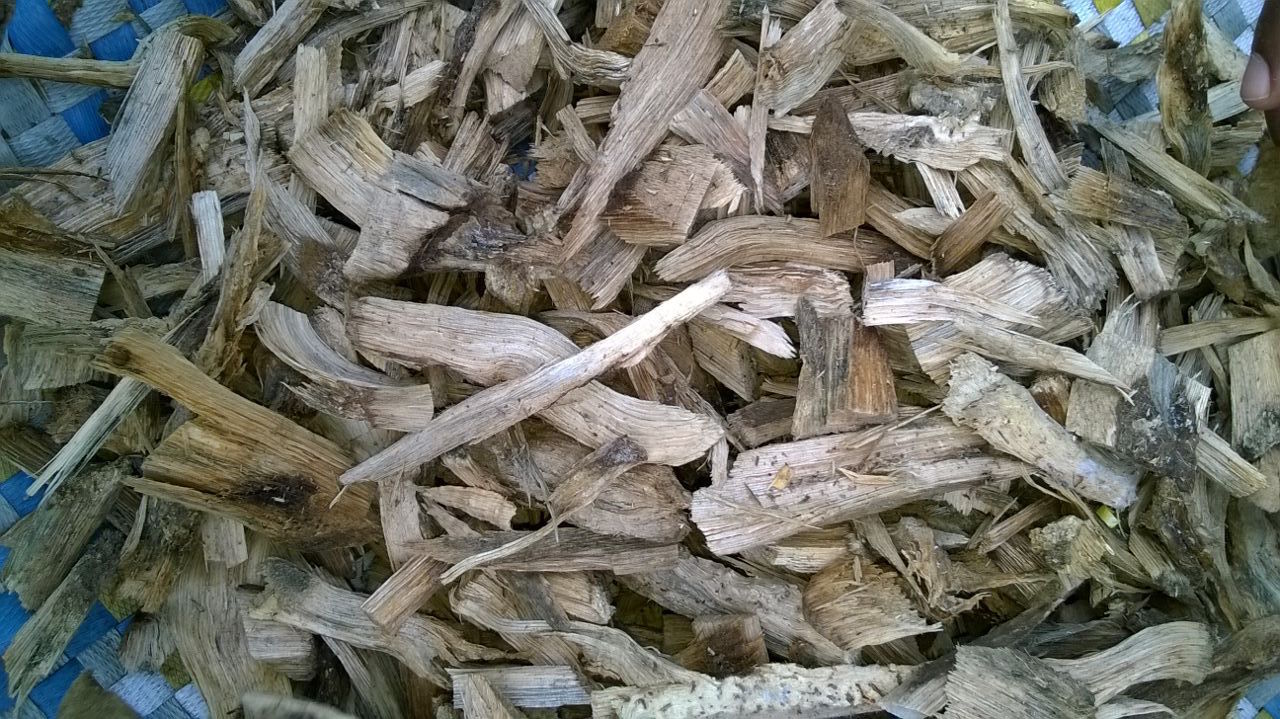 Now here’s the kicker…
There is **SO** much of this type of (yes, wild!) wood accumulated that in my estimation it can support 2-3 years worth of global oud consumption.
That is a LOT of wood.
Why is there so much of it? Because the majority of the wood inside any agarwood tree (even those with the most heavily-resinated heartwood inside) is mostly not incense-grade wood (i.e. its mostly bunk and oil-grade wood). And thanks to the greed-driven illegal felling of wild trees indiscriminately, by hunters who hope to find Chinese grade heartwood hidden inside the trees), the Oud world has never seen such a massive stock of oil-grade wood as it does today.

THE CRUX OF THE ISSUE

Now here’s where the problem arises…
Since the majority of oud oil consumers are unaware of how oils are produced, there is the notion that they’re extracted from glistening black resinous agarwood chips.
The actual case? Most oils are in fact extracted from the two types of agarwood pictured above.

And here’s another, even bigger, problem…
In the past 3 years,  there has been large-scale adoption of modern distillation apparatus and improved hygiene for the production of oud oils.
For the better part of 2014 and 2015, I myself trotted around the oud producing countries of the world, and trained many distillers pro-bono. Distillers who are now producing low-grade oils with very clean and ‘pretty’ scent profiles. Oils which, to my shock and horror, many people are confusing with actual high grade ouds (and in most cases, WAY overpaying for).

Why is this happening?
The adoption of extremely rudimentary improvements dramatically changes the scent of oud oil. They are:
1) a gentler distillation temperature
2) improved condensation of the biosteam
3) hygienic collection of the oil (no more sweat and dead skin cells mixed in with the oil)

And that’s it!
I would have added one more VERY important factor, which is: skipping or minimizing the pre-distillation soaking of the raw material to soften the wood fibres, but this is actually not an improvement – its a downgrade. I cannot stress this enough.
By not soaking the wood (a minimum of 7 days, or optimally for 14 days, as demonstrated in lab tests), distillers are not only reducing the yield (i.e. increasing the cost-per-gram of the oil) but they are decreasing the richness of the oil as well. Many aromatic compounds remain stuck inside the wood, and so you’re left with an oil that is ‘pleasant’ and ‘smells nice’, but lacks the depth and richness of oud oils from the good ol’ yesteryears.

Now I admit, I myself am not a proponent of the practice of just dunking some wood into water to soften it, which I consider rather archaic. But that’s only because I adopt other methods which are vastly superior, for rupturing the wood fibres, dilating the oil pockets, and even converting some of the resin back into oil (!!).
(this translates to a higher yield and richer extract)

If distillers haven’t discovered new ways to do this, my advice to them is to stick with conventional soaking of the wood. Sure, the resulting oil will have a barnyard twang (and that can be eliminated/reduced with aging), but the oil will be far far far superior to the new breed of anemic, uninspiring ‘new age’ ouds which seem to be on the rise.

And now, the infomercial is about to start… (you knew it was coming, didn’t you)  ; ) 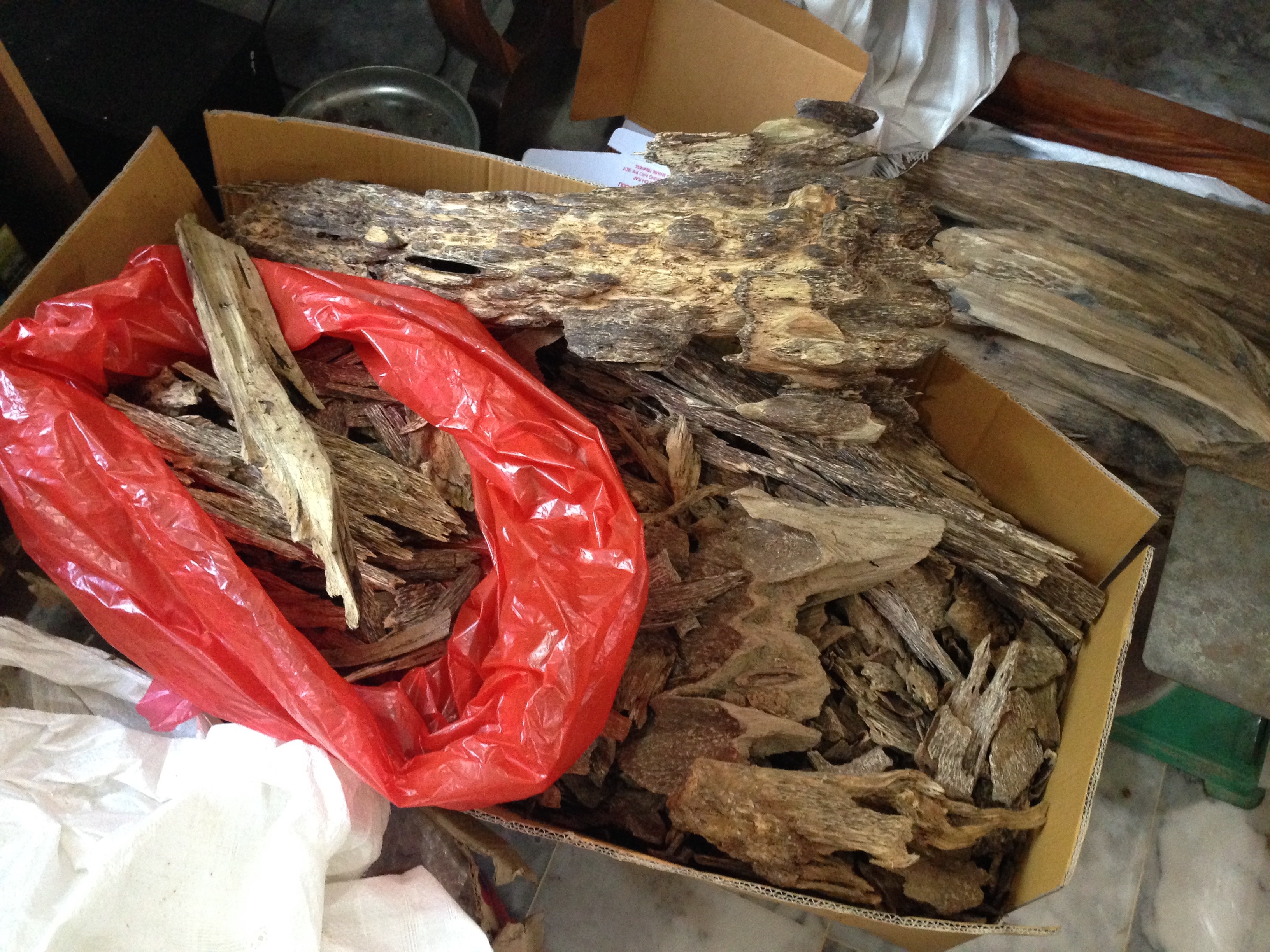 What you see above is the type of raw material which is used for the best of the ‘low grade’ / ‘market grade’ / ‘standard grade’ oud oils.
In the form of shavings (most common in India, called ‘Churan’), the same grade looks like this: 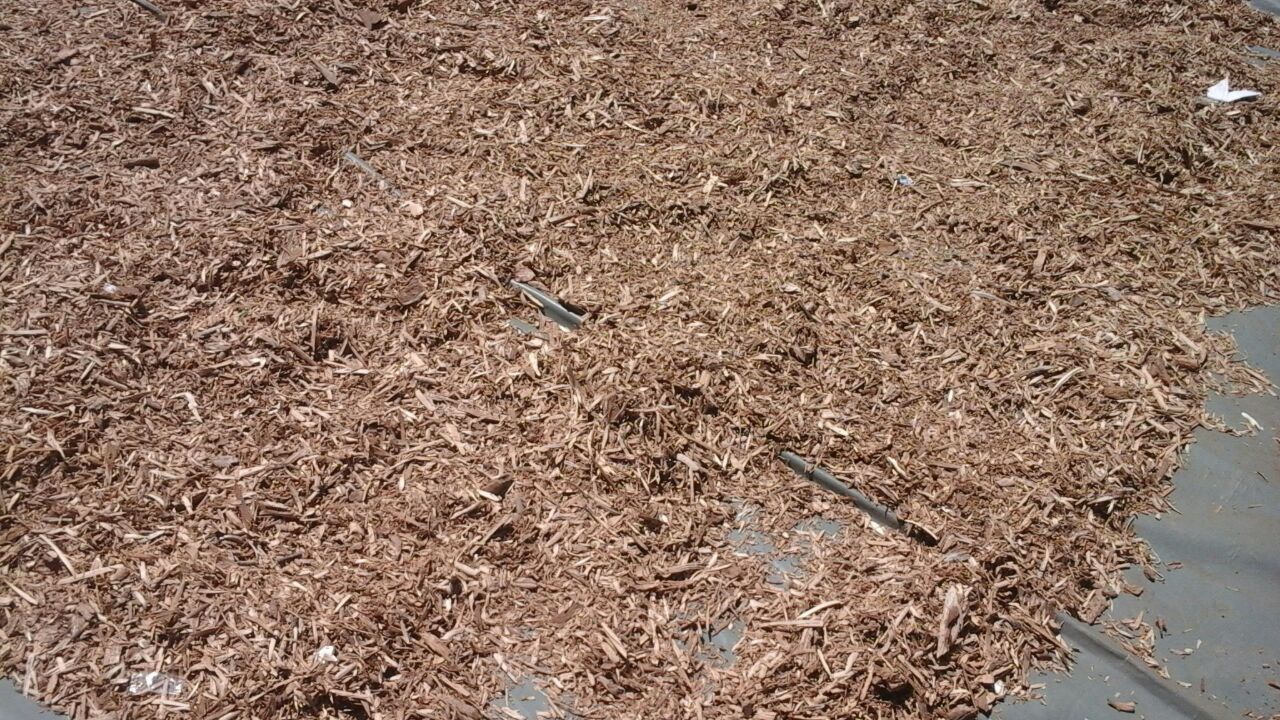 Oils distilled from this grade of wood are NOT high grade. But they can smell darn good, so long as the distillation was conducted using excellent apparatus and techniques.

Having been utterly flabbergasted by seeing oils extracted from these grades of woods being sold for way, way, way more than they should be, I resolved to produce an oud oil of this quality-category. And to make things more fun, I made another batch (from the very same region, but this time using actual high grade raw materials).
Both oils are from Terengganu State, Malaysia. Both wild-harvested. And I utilized the very best apparatus and techniques for producing both oils.

The former is the upcoming Ukupan Kayu. The latter is Sutera Ungu.
Both will be released on the website.

Ukupan Kayu smells lovely. In fact, it gives most so-called ‘high quality’ oud oils you can get your hands on a run for their money. Boasting lots of richness and depth, some may wonder how it could smell like this.
Its supposed to smell good.
It is the product of my angst, at seeing the abuse I am witnessing in the oud market, warping unaware consumers’ perception of ‘quality’.
If you smell Ukupan Kayu and think its a ‘high grade’ oud, then chances are you’ve probably overspent on other oils which were allegedly high quality, when they actually were not.

This particular grade of oud is something I cannot sell too easily, because the majority of Agar Aura customers want only the highest quality oils (generally over $400 per bottle). I struggle with trying to sell more affordable oils, even in the $2xx range (which, let’s face it, is still not exactly cheap when you compare to other essential oils!), which is why I rarely carry such oils on the website.
Its just not smart business for me.
So in the case of an oil that’s even less than $200 a bottle (Ukupan Kayu), you can imagine my hesitation.

But I felt it was important for folks to be made aware of what a good ‘standard grade’ oud (i.e. ‘low grade’ in Agar Aura terms) should smell like, and how it should be priced, so I went ahead with this distillation.
If this product sells well, I would be happy to also demonstrate what oils from other countries of this quality-category smell like (and how they should be priced).
Will I?
Well, that depends on how well Ukupan Kayu sells. : )

THE ANSWER TO THE QUESTION

So… which is it?
Are wild oud oils expensive due to rare and costly raw materials, or because they’re just over-priced?
Both, but sadly in most cases its the latter, and seldom is it the former.

Now that you know the facts which I stated above, about the massive quantities of oil-grade wood across the oud-producing world, you’d think prices would drop.. right? Believe it or not, they actually have.
In most cases (India being the only exception I am aware of), standard-grade oud oil prices have dropped significantly in the past 2 years. Wholesale oud importers from the Gulf Arab countries can attest to this fact.
This is the case with oud oils extracted from ‘oil grade’ agarwood.

The only exception is oud extracted from genuine wild ‘incense-grade’ wood (by the way, this term has been badly abused every since I coined it back in 2009, but more on that in another blog post).
This is the agarwood that’s dwindling at an alarming rate, and whose cost is going up at an even more alarming rate.

But this blog post is not about incense-grade wood, or oils extracted from it. So I’ll just post a few photos of what incense-grade wood looks like (in different forms) so you have some idea of the types of wood that genuinely high-quality wild oud oils are extracted from. In a future blog post, I’ll talk about ‘incense-grade’ in more detail, what the term entails, and what it doesn’t (and what is probably a better alternative term, which I might implement soon). 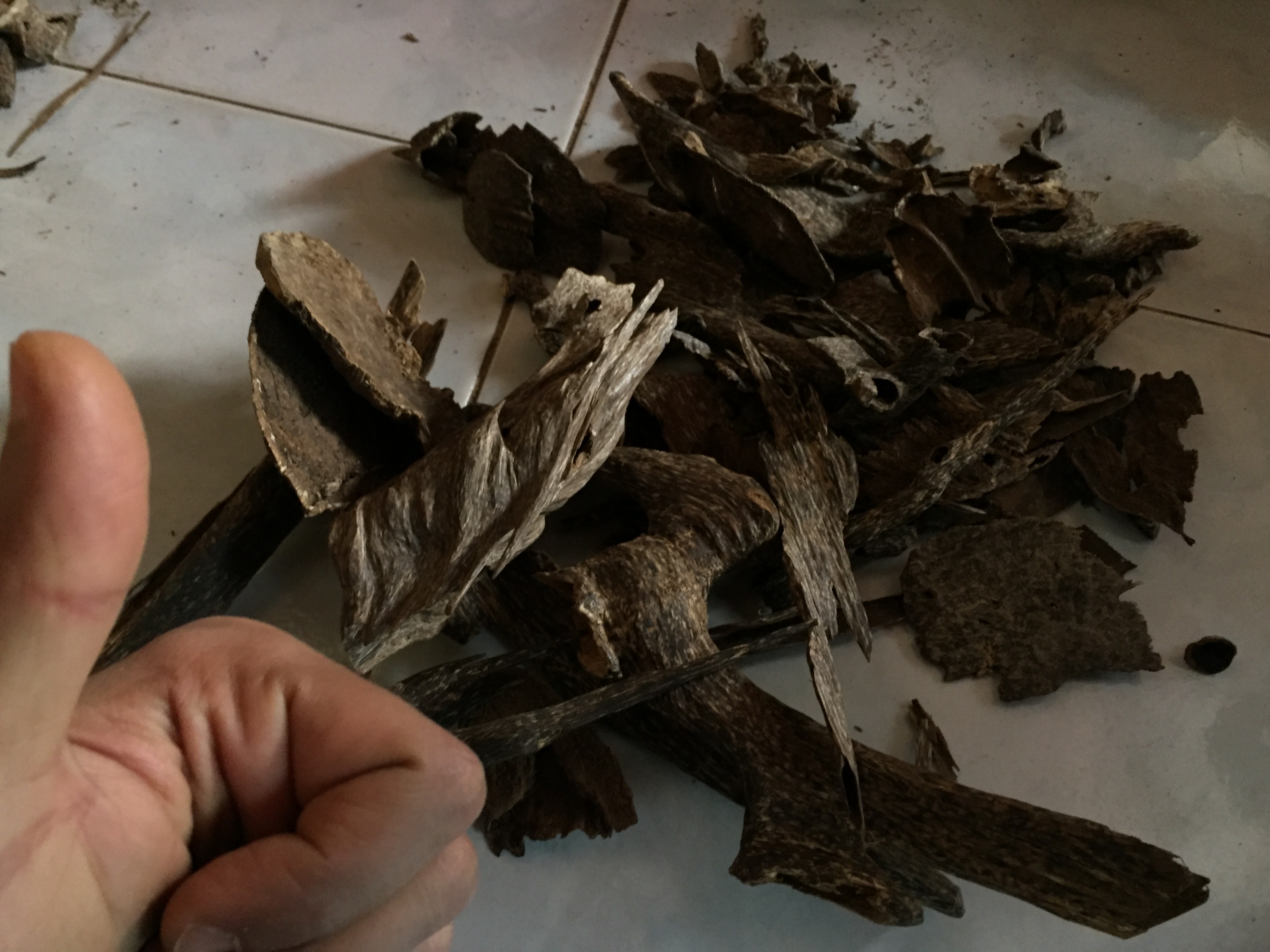 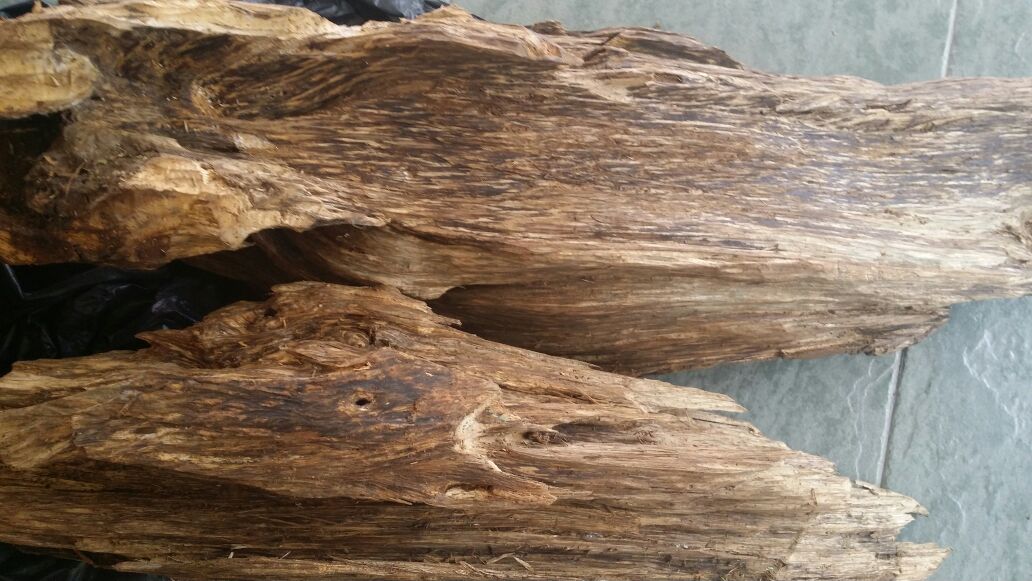 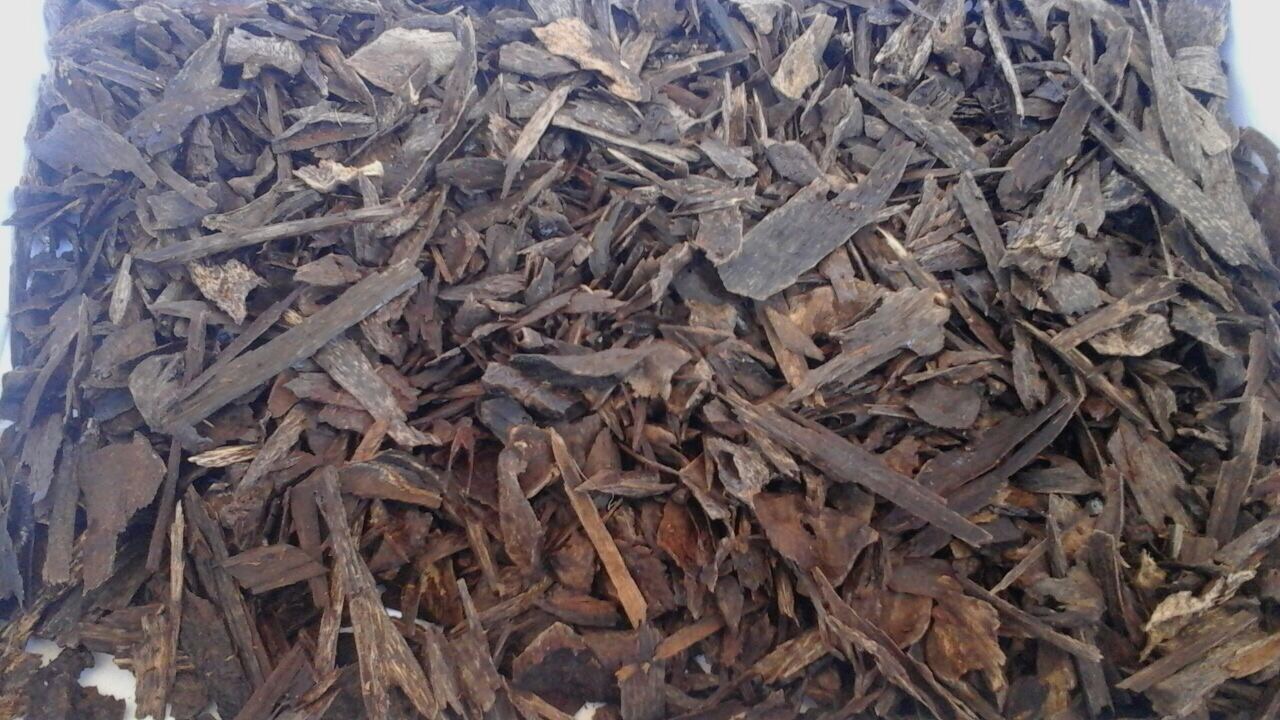 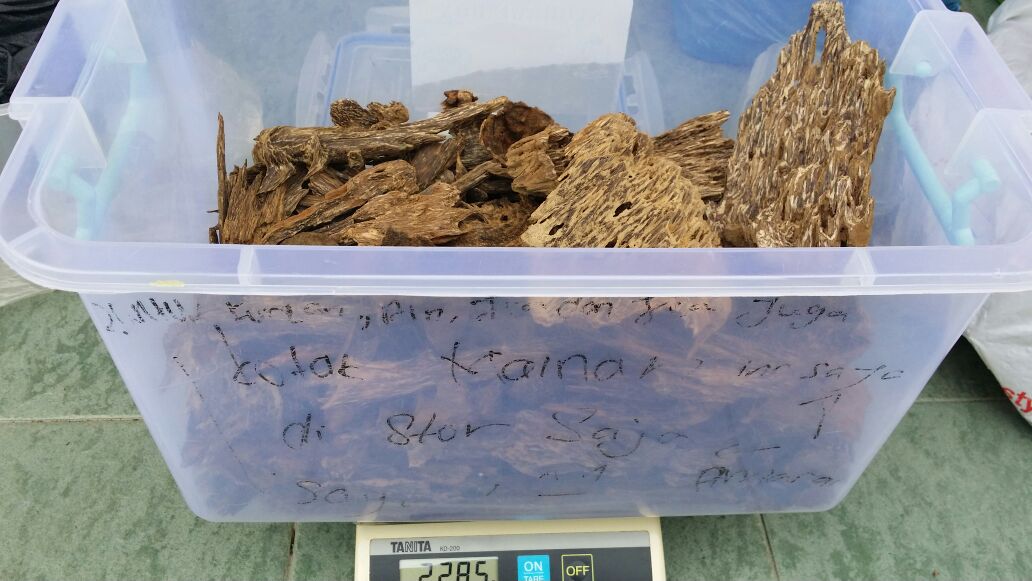 I hope you found this article informative.