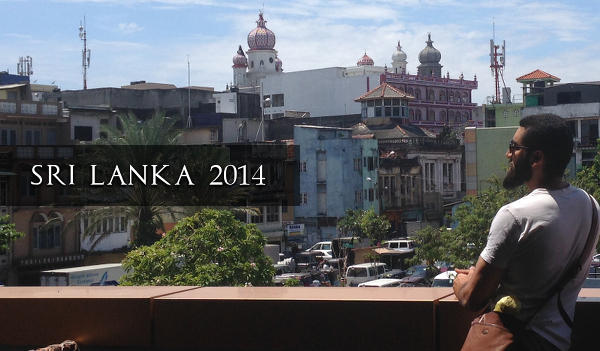 There is probably no place in the world right now that is more populated per square mile with ancient and incredibly resinated agarwood trees than Sri Lanka. And yet, despite this overabundance, this is where the locals know the least about agarwood.

Before adopting the name ’Sri Lanka’, this was a tea estate country under the control of the British Raj, and they had gaven it the name ‘Ceylon’. Before that, its name was ‘Serendib’. The word ‘serendipity’ is in fact derived from Serendib, and that name is very apt in the case of agarwood in this country!

Until a few years ago, virtually no one in Sri Lanka knew they had agarwood trees on this island. The tree was known though, as Walla-Patta, which can loosely be defined as the tree whose bark can be peeled off in strips. People noticed that when a Walla-Patta was very old and it showed signs of sickness and death, its bark could easily be peeled off with a diagonal-upward pull. What they didn’t know was that many of these trees had inside them incredible amounts of high grade grade agarwood.

Recently people figured out that if virtually all the countries around Sri Lanka have agarwood, then surely it must too. First came the Indians, and they came with a bang. They tried to smuggle large amounts of agarwood back into India, and it didn’t take long for Sri Lankan authorities to catch them. They quickly passed very strict anti-felling and anti-export laws. For all intensive purposes, agarwood trade here is considered almost the same as drug trade. You can imagine the penalties imposed on people who get caught violating this law.

More Indians still continued to come, and when it was discovered that the roots, branches and joints of countless trees here have massive chunks of Super King grade agarwood, it didn’t take long for the Chinese to get interested. Very, very interested.

What pursued was a whole lot of arrests. By now, the Indians and Emiratis had mostly lost interest in Sri Lankan agarwood due to the risks involved, as well as the ridiculous prices some of the sellers started to demand. So right now the main buyers are from China, Malaysia, and Singapore. And all these buyers sell this wood to the Chinese market.

You see, the suppliers here have no idea about quality. The ‘industry’ (if it can even be called that) here is so young, that the people have absolutely no idea what the prices for the different grades should be. For example, recently a seller sold a massive Super King grade chunk at $2,000/kg, only to find out later that his colleagues in the black market are selling the same stuff for well over $100,000/kg. Both prices are absolutely ridiculous, and they prove that folks here have simply no clue about what they’re doing.

Our distiller, whom I’ll refer to as Mr. A (for reasons I will explain below), had been observing this market since it spawned a few years ago. Formerly (and currently) a supplier of Sri Lankan sandalwood, he noticed that hunters were only interested in collecting ‘underwater’ (i.e. sinking) grade and tiger grade wood. For this reason, tons (and I literally mean tons) of fantastic agarwood of lesser grades were being discarded by the hunters. He knew that this wood could be used for making some of the finest oud oils in the world.

So why do I refer to our distiller as Mr. A?
Unfortunately, the discovery of agarwood here has become a ‘gold rush’ of sorts, not too different from the situation in the Wild West of the United States when everyone was rushing to the western states in search of gold. There is a lot of greed and jealousy in the agarwood scene here in Sri Lanka, and for that reason everyone prefers anonymity (and for this reason also, Mr. A politely declined when I asked if I could take a photo of him).

Although he is one of the few people who has found a legal loophole, he is worried that exposure (to him or to the loophole) would just land him in trouble. He has all the papers, be it for production or for export. But the atmosphere is so bloated with ill will that you need to tread carefully, and the more cautious you are the better. Secrecy is the name of the game.

So given this gloomy state of affairs, why am I yearning so bad to get Sri Lankan oud? To find out, stay tuned for part 2…